In regards to the Season 1 Summer Finale, Episode 6, The Caretaker, originally aired on August 19, 2010

Via Twitter: On Friday 20th August 2010, @BenHansen00 said:
A number of people have posted the ghost train video was a spider web. We have seen our fair share of light reflections on webs and we could have addressed this on camera, but there couldn't possibly be enough time to cover every theory on the show and the following explains why this one is highly unlikely:
Some suggest the concept of parallax illusion and that a web is right near to the camera as it passes, giving it the appearance of speed. If you go to the video on You Tube, you can see that the object appears from in front of the person walking. His right side obscures it. There's even a light on his left shoulder which seems to pass through and across his back. The distance to the man is about 12-15 feet (or 25 feet if you believes the camera was in zoom). The mass passes by in about .5 seconds. At this distance- taking into account the people are moving at about 2-5mph towards it- the object was calculated at an estimated 13-17mph (or about 30mph if the camera was in zoom). This suggests that if it were a spider web, the web was either flying toward them in a strong breeze or recoil from bent branches...or if it were static, the people would have to be running between 13-30mph to cover the distance. We were unable to find evidence of either scenario.
Thank you to everyone who continues to participate in these discussions. Send us your videos and theories, We'd love to try them out! 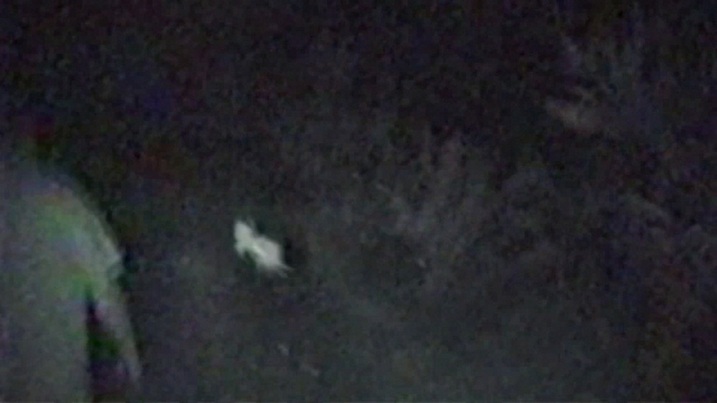