In last night's episode of Fact or Faked: Paranormal Files, Ben, Lanisha and Austin traveled to the world famous Waverly Hills Sanatorium in Louisville, Kentucky, renowned for its morbid history and frequent ghostly encounters. Scrutinizing a video taken at the home that purports to be evidence of a paranormal encounter, they conducted a series of investigative experiments culminating in a nighttime exploration of the property’s chilling halls and grounds. Meanwhile, Bill, Devin and Jael headed south of the border to Guadalajara, Mexico to investigate the origins of a video that supposedly shows a fleet of traveling UFO’S; one of the largest UFO sightings ever captured. Embarking on some epic scale experiments they put the merits of the case to the test with eye opening results.

Syfy is a media destination for imagination-based entertainment. With year round acclaimed original series, events, blockbuster movies, classic science fiction and fantasy programming, a dynamic Web site (www.Syfy.com), and a portfolio of adjacent business (Syfy Ventures), Syfy is a passport to limitless possibilities. Originally launched in 1992 as SCI FI Channel, and currently in more than 98 million homes, Syfy is a network of NBCUniversal, one of the world's leading media and entertainment companies. (Syfy. Imagine greater.) 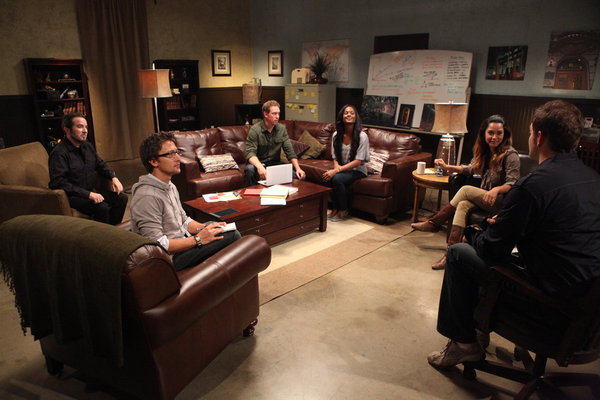