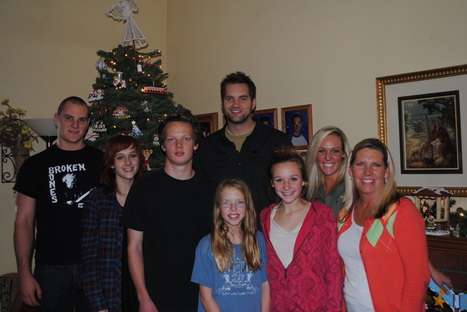 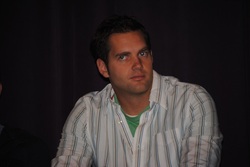 If u luv Fact or Faked, lets start rallying now to make next week's finale the best watched ever! Introduce a friend. Turn off the lights!
Do you think it's time for a contest for next week?  What say you?

On December 7, 2010 Ben Gives Further instructions on the contest:
http://www.twitlonger.com/show/7c8inq

So I woke up a bit late, but here's the contest rules for Eat and Greet Finale! Coming up this Thursday, Fact or Faked will air its season one finale on SyFy at 10PM (earlier for some cable services). In order to set viewership records, we really need everyone's help in spreading the word about the show. Tweeting is always tremendously helpful. If you want to participate, here's a contest for me to meet you, bring you food, and/or watch the show together! Here's the rundown.

1- Anyone in the U.S. can participate at this time (I'm not quite sure where I'll be on Thursday yet:)

2- You must be 18 or older or have a parent's consent who will be present during the meet-up (this will be verified beforehand). Multiple people and families are encouraged to participate together.

3- You must be present at home Thursday evening and ready to watch Fact or Faked at your house with me or to meet at a predetermined, nearby public location.

All you have to do to be eligible is to retweet at least 3 announcements I will make about Thursday's show and to do it before 12PM Pacific tomorrow Wendesday. Details will then follow for how the winner will be chosen. Some information will then have to be verified and then I may appear at your door! The contest is not officially connected with the network or show in any manner whatsoever. I just want to show you guys how much I've appreciated all the support and tremedous loyalty that makes this show work!

Tweet 1 @BenHansen00 Fact or Faked: Paranormal Files Finale this Thur. on SyFy at 10PM! It's kind of like Swamp People.. but we're looking for something big!

Tweet 2 @BenHansen00 As part of SyFy's Countdown to Christmas, you may find some holiday surprises on Fact of Faked, Thurs. at 10PM. Don't miss it!

Tweet 3 @BenHansen00 I live one of my dreams traveling the bayou in style on an air boat looking 4 monsters! Season finale, Thurs.10PM- #factorfaked


Ben gave more instructions about the contest on December 8, 2010: http://www.twitlonger.com/show/7csl3r

On Wednesday 8th December 2010, @BenHansen00 said: OK, here's the rest of the contest instructions! Unfortunately, I sold my private jet just last week so I won't be traveling tomorrow. lol. Now before I'm accused of tricking everyone across the country into tweeting if I wasn't even going to travel that far to see them, you should know that I did have good intentions:) I actually wasn't sure if I was going to be in any number of the Western states and I have sky miles I could have used to go further east if I didn't have to be at a production meeting tomorrow morning in Burbank. At any rate, if you're within 1 hour driving distance of Los Angeles, Orange, San Diego, or Riverside Counties in California, listen up! All the rest of you, keep tweeting out of the goodness of your hearts & I'll return the love somehow.

If you've met the 3 tweet requirements (we will verify) then do this...

1- If we're friends on Facebook, send me a direct message, (not on the wall obviously) including: your real full name, age, address, phone # where you can be reached, # of people you expect to be at home Thurs. evening, and if you receive the show through your cable service and at what time (10PM or 7PM East Coast feed)

2- If we're not friends on FB, tweet me which city you live in and if you've met the requirements, I'll direct message you another method to send me the info.

3- If you would like to go to a public place to grab some food(frozen yogurt is my favorite, lol) instead of watch the show, that's great too. Just let me know in the email.

Christiane, our fan coordinator, and maybe another team member;) will be coming along to take photos. If you don't want photos taken, that's perfectly fine. Someone may or may not also contact you to verify some information or to make sure you'll be at home. Everything else being equal, the winner will be chosen based on their efforts to spread the word about the show... & maybe a dartboard will be utilized. Get to it!