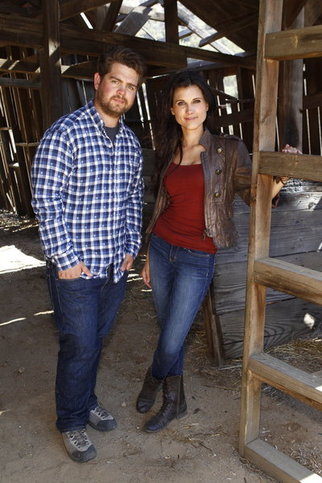 NEW YORK – April 22, 2013 – Syfy has ordered a second season of its hit paranormal reality series, Haunted Highway. The new six episode season will premiere, on a new night, Wednesday, July 24 at 10PM (ET/PT). The hour-long series follows two teams, Jack Osbourne & Dana Workman, and Jael de Pardo & Devin Marble, as they conduct their own first-person investigations into some of the most frightening claims of paranormal activity in some of America’s most remote regions.

Fueled by eyewitness interviews and evidence collected with state-of-the-art equipment, the two teams will self-document their harrowing face-to-face encounters with the paranormal. The new season features examinations and investigations that will take the teams off the beaten path in places like the Arizona desert, the Sierra Nevada mountains and bayous of New Orleans as they seek werewolf-like creatures, the Black Angel of Death, the ghosts of the famous Donner party and other paranormal phenomena.


Haunted Highway is produced by BASE Productions. John Brenkus and Mickey Stern serve as executive producers.