ALL NEW SEASONS OF GHOST HUNTERS, HOLLYWOOD TREASURE AND LOST GIRL PLUS RETURN OF FACT OR FAKED: PARANORMAL FILES

APRIL
DREAM MACHINES (NEW ORIGINAL SERIES)
Premieres Tuesday, April 10 at 10PM – Dream Machines follows Florida-based brothers Marc and Shannon Parker as they take the most imaginative vehicles ever seen in movies, comic books, and TV shows, and engineer them into on the road realities. There's no design challenge too fantastical – or even impossible – for the brothers to take on, and each week they'll stop at nothing to create these one-of-a-kind "dream machines" for their vast array of celebrity and collector clients. Produced by Triage Entertainment with Steve Kroopnick (Iron Chef America) serving as executive producer. Steve Nigg (American Chopper, UFO Hunters) is co-executive producer.

GHOST HUNTERS (SEASON 9 PREMIERE)
Premieres Wednesday, April 11 at 9PM -- The countdown begins: Grant’s final episodes!
This winter, the Ghost Hunters received shocking news when co-lead investigator and TAPS co-founder, Grant Wilson, announced his departure from the series. On Wednesday, April 11 at 9PM, ride along for Grant’s final investigations, culminating in a very special farewell episode on Wednesday, May 16 at 9PM. Ghost Hunters is produced in association with Craig Piligian's Pilgrim Films and Television (Dirty Jobs, The Ultimate Fighter, My Fair Wedding). Piligian and Thomas Thayer, along with Mike Nichols and Alan David, serve as executive producers.

EUREKA (SEASON 5 PREMIERE)
Premieres Monday, April 16 at 9PM – Eureka’s fifth and final season culminates with an exciting series conclusion that will complete the journey of the residents of the unique little town of Eureka. As the thrilling final season kicks off, the town is reeling after the Astraeus and her crew mysteriously vanished just before their planned launch to Titan. When they finally crash land, Allison and the crewmembers are shocked to find themselves back in Eureka – and that they’ve been missing for four years. As the town copes with the shocking personal changes that have happened during their long absence, Sheriff Carter and Henry try to uncover the truth about the forces behind the crew's bizarre disappearance -- with deadly results. Returning for the final season are popular guest stars Wil Wheaton (Big Bang Theory, Star Trek: The Next Generation) as the contentious Dr. Parrish and Felicia Day (The Guild, Red) as Dr. Holly Marten. Eureka stars Colin Ferguson (Sheriff Jack Carter) Salli Richardson-Whitfield (Allison Blake), Joe Morton (Henry Deacon), Erica Cerra (Jo Lupo), Neil Grayston (Douglas Fargo) and Niall Matter (Zane Donovan). Co-creator Jaime Paglia and Bruce Miller are executive producers. The series is produced and distributed by Universal Cable Productions.

FACT OR FAKED: PARANORMAL FILES (NEW EPISODES)
Returns Tuesday, April 17 at 9PM -- Fact or Faked: Paranormal Files uncovers the truth behind supernatural and unexplained occurrences that have been caught on camera. In each episode, the team searches for the most intriguing images, videos and unnatural phenomenon found online and around the world. After selecting the most compelling cases, they head into the field, attempting to recreate the video, carrying out key experiments and questioning eyewitnesses. The team investigates all the clues and evidence with the most advanced techniques and tools at their disposal, and their objective is to answer the question, "Is this real?" In one of the season’s upcoming episodes, Ben Hansen, Austin Porter and Jael de Pardo investigate a mysterious hovering light piercing through the night’s dense fog over the waters of Bodega Bay—a California paranormal hotspot that has been featured in movies including The Fog, Puppet Master and Alfred Hitchcock’s The Birds. Fact or Faked: Paranormal Files is executive produced by John Brenkus and Mickey Stern for BASE Productions, and is a co-production with Universal Networks International.

TOTAL BLACKOUT (NEW ORIGINAL SERIES)
Premieres Wednesday, April 25 at 10PM -- Hosted by Jaleel White (Family Matters), Total Blackout is a half-hour extreme game show in which contestants battle each other and their fears in a series of challenges, confronting their own worst enemy – themselves. However, there is a twist -- all the challenges are played in complete darkness; no lights, no blindfolds and no-holds barred as the players face their fears and unexpected surprises in a series of nerve-wracking games. Total Blackout was created by Henrik Nielsen (Can You Duet?, Danish versions of The X Factor, Got Talent and Pop Idol). Nielsen and Jeff Apploff (Million Dollar Money Drop, Don’t Forget the Lyrics) serve as executive producers. Jack Martin (Who’s Still Standing, Deal or No Deal) is co-executive producer.

MAY
HOLLYWOOD TREASURE (SEASON 3 PREMIERE)
Premieres Tuesday, May 22 at 10PM -- Hollywood Treasure is a documentary-reality series that delves into the fascinating world of collecting showbiz and pop culture memorabilia, including science fiction and fantasy props and costumes. The series follows Joe Maddalena, owner of Profiles in History and the world’s largest auctioneer of original movie, television and pop culture collectibles. Each episode follows Joe and his crew as they travel the globe searching for the most compelling, rare, and sought-after Hollywood memorabilia. Sometimes combing through basements and attics to uncover lost Hollywood treasure, and other times meeting with celebrities to view their personal keepsakes, Joe tracks leads and does whatever it takes to seal the deal for a piece of Hollywood history. Each episode, Joe presides over world-class auctions, where the collectibles are sold to fans and collectors from around the world.

Some of Joe’s previous finds include the Wicked Witch of the West’s hat from The Wizard of Oz and the vintage Chitty Chitty Bang Bang car. Joe recently worked with Debbie Reynolds to auction off her amazing estate of film costume and prop memorabilia. In the new episodes, Joe continues his quest to hunt down some of the most iconic Hollywood collectibles of our time, including the original camera George Lucas used to shoot Star Wars and Joe’s holy grail -- the lost pair of ruby slippers from The Wizard of Oz. Hollywood Treasure is produced by Gurney Productions with Scott Gurney and Dierdre Gurney as executive producers.


Syfy is a media destination for imagination-based entertainment. With year round acclaimed original series, events, blockbuster movies, classic science fiction and fantasy programming, a dynamic Web site (www.Syfy.com), and a portfolio of adjacent business (Syfy Ventures), Syfy is a passport to limitless possibilities. Originally launched in 1992 as SCI FI Channel, and currently in more than 98 million homes, Syfy is a network of NBCUniversal, one of the world's leading media and entertainment companies. (Syfy. Imagine greater.) 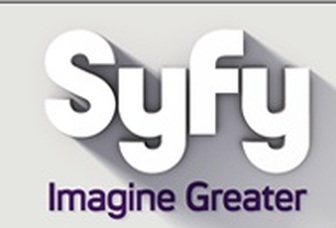