Ghost Hunters: Not For Granted 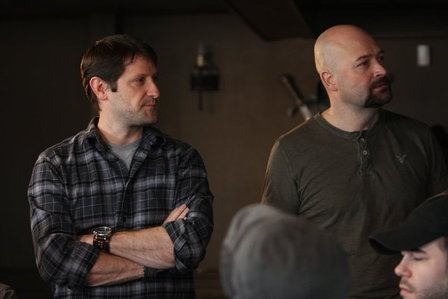 I don’t think I even started watching the Syfy network until I happened upon Ghost Hunters.  That was quite some time ago, since most of my programming is centered around Syfy these days.  I’ve been interested in the paranormal for quite some time and looked for outlets on television to feed my interest.  I started off with watching Scariest Places on Earth.  I would mull about in my head who I would gather from my family to make up my investigative team.  When Scariest Places faded away, Ghost Hunters filled the gap in paranormal programming with a whole new spin.

The concept of a team brought together to help people with unexplained occurrences was new to me.  The introduction of Ghost Hunters brought everyday viewers a glimpse into a community that was mostly hidden from the general public.  The TAPS team used electronics and different gadgets to measure paranormal activity.  Needless to say, I was hooked.  I’ve followed the team from season 1 to the current season 8, through the team changes and controversies.  I’ve even dedicated my last few Halloween nights watching their live shows. 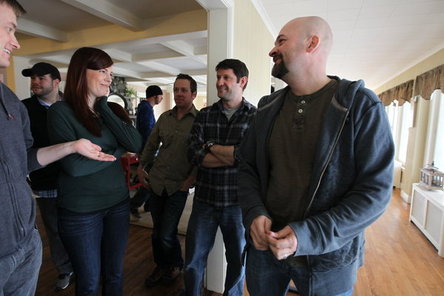 Due to the influence of Ghost Hunters, I took the next step.  I sought out a way to investigate places and find this elusive paranormal community.  My first official stop was an event by Britt Griffith’s Beyond Reality Event Company.  I soaked up all of the information that they gave out.  I was so psyched to investigate the locations we went to that night.  I knew this was just the beginning of something I needed to include in my everyday life.

When I got home from the event, I digested all that I had learned.  Remembering all of the great people I had met and feeling like this was a place that I belonged.  I continued seeking out more paranormal information.  I found myself inspired by other paranormal programming like Syfy’s newest addition to paranormal programming, Destination Truth, which not only dealt with ghostly hauntings but so much more in the paranormal.

I searched for a paranormal team.  The possibility of helping clients answer questions about activity in their home seemed like something that fit.  I joined a friendly team and I have enjoyed many experiences helping put client’s minds at ease as we investigate what’s happening in their homes.

I’ve attended many paranormal conferences filled with fellow paranormal enthusiasts.  Many of the attendees are able to speak about their experiences and help others because of the open door that Ghost Hunters made for the paranormal.  Thank you, Grant and the Ghost Hunters TAPS team for helping the paranormal become normal and encouraging many of us to search for answers to the unknown.

I look forward to the day that I have the opportunity to meet Grant Wilson.  This mother, Girl Scout leader, and paranormal investigator, says thank you to the Ghost Hunters and wishes Grant well with his journey on to what’s next.

Tune into Syfy at 9 p.m. eastern for the mid-season finale ofGhost Hunters and say your goodbye to co-lead investigator Grant Wilson, featuring his very last investigation, taking place at the Spalding Inn in Whitefield, NH. Tag your tweets with #ThanksGrant.