Join me with guests, Team Lead, Ben Hansen, Journalist, Jael de Pardo and Effects Specialist, Larry Caughlan, Jr. to celebrate one year since the first airing of Fact or Faked: Paranormal Files on Syfy! The show will air live on ParaAbnormal Radio via BlogTalkRadio on Friday, July 15, 2011 at 9:30 p.m. eastern, 8:30c/7:30m/6:30p. Join the chat room during the radio show: you must register and make an account through BlogTalkRadio to use the chat room.

The signed prize will be given away during the radio show and the winner's name will be mentioned on the show.  The prize is a 2010 & 2011 Wizard World Con lanyard and badges signed by Ben Hansen, Austin Porter and Devin Marble also an unsigned Blick Art Materials t-shirt (XL) from Jael de Pardo's swag bag at Anaheim Wizard Con. See pictures of the prize below.

Winner will be chosen randomly among the entrants. 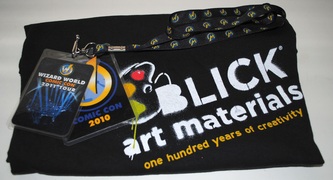 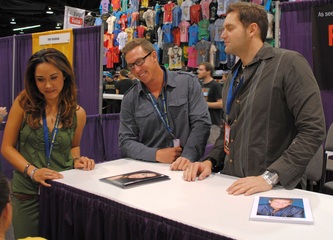 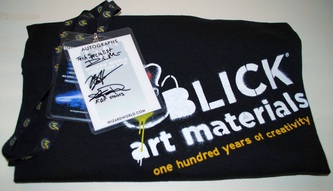 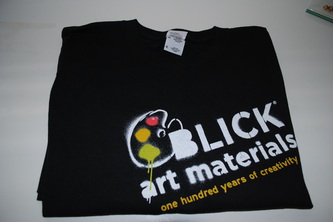 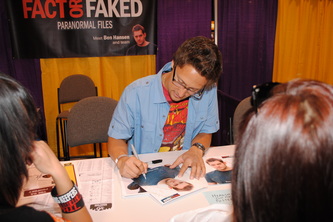 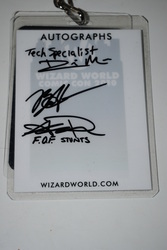